In these tutorials of basic electronics, we will learn topics like BJT and MOSFET. They are the field-effect transistors and also the operational amplifiers in a short opamp, so first, we will complete the semiconductor materials before going to the diode.

The flow of charge through a cross-sectional area in the given time is called current. We have to check for the amount of current flowing through the material, and depending upon this current, we will categorize it into three categories.

The term conductor is used for any material that will support a generous flow of charge when the voltage is applied across the terminals.

Copper and aluminum are the most commonly used conductors,

An insulator is a material that offers very low conductivity when voltage is applied.

A semiconductor is a material that has conductivity more than the insulators but less than the conductor.

The two most important semiconductor material is silicon and germanium, Si represents silicon, and GE represents germanium. We will see their properties below before that, let’s see the resistivity for the conductor insulator and semiconductor.

Resistivity is reciprocal for the conductivity, and the property of the material may vary material to material. Commonly represented by the Greek letter ρ, rho.

Where:  R is the electrical resistance, A is the area of cross-section, and “L” is the length of the wire.

The unit is an ohmmeter.

The resistivity for the conductor is 10^-6 ohm centimeter.

Let’s move to the next topic, that is the energy band diagram.

What is this energy band diagram?

When the atom is isolated with the nucleus having the neutrons, protons, and the orbits in which electrons are present, we call this orbits as L M N, as shown in the figure below.

And the outermost orbit will have the valance electron because they will participate in the chemical reactions is a simple model for an isolated atom.

The electron is not isolated; it is present in the lattice in case of silicon the lattice in which the atom is present will form a particular structure. Thus the neighboring atom will influence this atom, as well as this atom will have some impact on the adjacent atoms because of the neighboring atoms. The outermost orbit will split into the valence band and the conduction band.

The only way to do that is to give this electron some energy. The amount of energy delivered to this electron must be equal to the gap, as shown in figure 1.2.

The energy gap is known as bandgap or forbidden bandgap. It called so because no electron is allowed in this region.

The energy band gap is represented as, Eg.

In the case of insulators, the energy bandgap is very large, hence the electron from the valence band requires more energy to go to the conduction band and participate in the conduction. That’s why they are not good conductors.

The bandgap is nearly equal to 6 electron volt for the insulators. As we know, one electron volt is equal to 1.6 * 10 ^19 joules, so we have to give 6 times more energy to make the electron appear in the conduction band.

You might be thinking why germanium has the lower energy band gap as compared to the silicon.

It is like the nucleus is pulling the electron towards itself and need the energy to make this electron appear in the conduction band.

Why germanium and silicon belongs to group 14 ?

Because they have 4 atoms in the outermost orbit. As shown in figure 1.3

The lattice used in the diode and other electronic devices, so you have to keep this configuration in your mind. It will help you to understand intrinsic and extrinsic semiconductors.

So, In the next tutorial, we will study the intrinsic and extrinsic semiconductors as well as the electron and hole concept. And do check out the difference between BJT and FET. 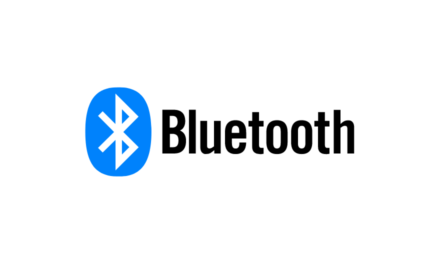